Headlines > £5,000 Raised for Velindre at "The Leading the Lions" Dinner

£5,000 Raised for Velindre at "The Leading the Lions" Dinner 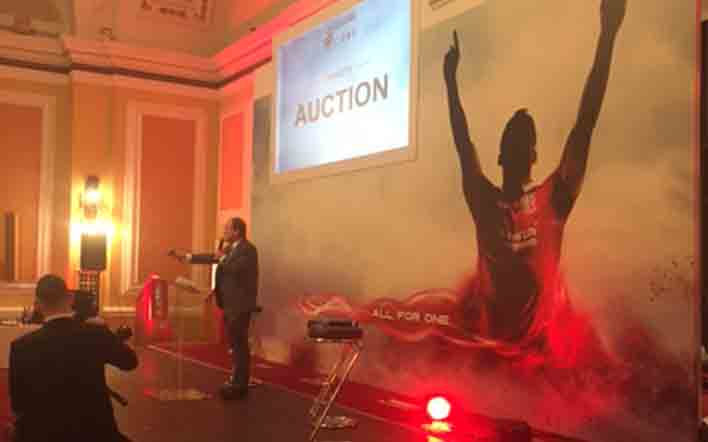 Herbert R Thomas helped to raise £5,000 at the Leading the Lions Official Dinner with a number of sporting greats.

Herbert R Thomas was delighted to be associated with Velindre, at City Hall in Cardiff on Friday the 10th February, 2017.

The event was hosted by Andy Nicol and supported by a number of our sporting heroes; Sir Gareth Edwards, Phil Bennett, Scott Quinnel, Tomy David, Phil Vickery, Charlie Faulkner, Warren Gatland to name but a few!

An auction was held, which included a wide variety of items, with our very own Phil Thomas - Director of Herbert R Thomas as auctioneer. In excess of £5,000 was raised from the auction.

Philip Says “It was the best organized event I have attended, this as a result of the outstanding compare, Andy Nichols getting the best out of the former Lions who were on the Q&A panel. The mood of the room made the auction a delight.

Please get in touch and we will be happy to help...